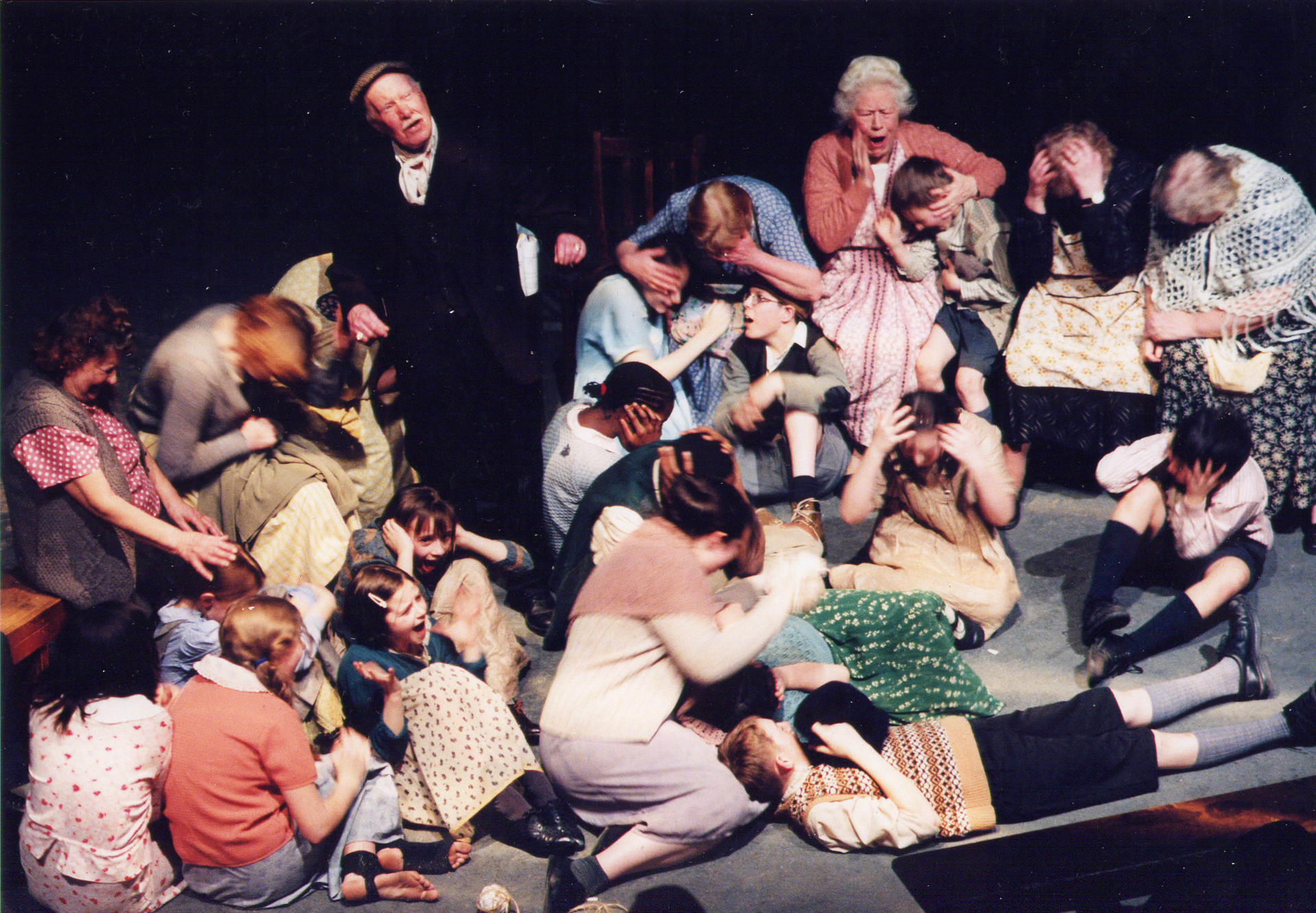 “Reminiscence theatre, at heart, is about shared humanity.”

That’s what drives David Savill, artistic director of Age Exchange, the leading UK charity specialising in reminiscence practice which aims to change perceptions of “how we see older people in our society and how we value them and the lives they have lived”.

David, who has worked in the field for over 20 years, said it still saddened him to hear older people say ‘I didn’t think my life was important’ or ‘I just wanted people to know about his/her life’.

“What are the arts for if not to help people express themselves and share their story so we can learn from it, appreciate it?” David asked.

The process generally takes the form of group reminiscence with the older participants, identifying memories/themes over 8-10 sessions.

Alternatively, a theme may already have been chosen, or the producers can record individual interviews, and work with the interviewee to funnel down to the specific memories they want to perform or to be performed, particularly in the case of intergenerational projects.

“Having the person share their memory of an important experience in their life with an audience is electric. It is … a very enriching, cathartic experience,” David said. Its power can be felt even in the retelling of his work. It is hard to hold back the tears as David recalls one of his earliest experiences of devising reminiscence theatre with 93-year-old Phyllis.

After a period of remembering and improvising, Phyllis chose to perform a memory of her father, with her playing herself as an 11-year-old and David her father.

“She gave me verbatim the words she remembered him saying to her,” David said.

Her father had been a boot and shoemaker in Bournemouth and, as such, was in a reserved occupation, which meant his services were needed at home rather than in the trenches.

Phyllis remembered the day two women entered the shop and gave her father white feathers to signify he was a coward for not enlisting. He ran off that night and joined the Dorset Infantry.

It was the memory of his homecoming at Christmas 1915 – the last time she would see him – that she wanted to share.

“I was playing out in the street with my sister and it was snowing hard. Then some way off we saw a shape comin’ towards us through the snow … I hardly recognised him at first, he was so changed, so thin in his uniform.

“… He’d come home you see. He had two days embarkation leave. While he was in the trenches he’d got it in his head that somehow he had to get home to us, he had to cut down a Christmas tree and decorate it with us and then go back.” David and Phyllis recreated the scene of cutting down a Christmas tree under a starry night, then heading home to decorate it together, accompanied by another older participant singing Silent Night.

David explained, “Phyllis ended the scene by handing her dad the scarf she had wrapped up as his present – the actual scarf she had given him 73 years ago. Dad hugged her and was gone.

“The following summer he was gassed at The Somme.”

David still remembers the stunned silence and tears of the local Dorset audience.

After the performance Phyllis introduced David to her daughter and granddaughter.

“She was holding them both by the hand and looked at them and said ‘You didn’t know did you? I never told anyone. But now you know. Now it’s your memory too’.”

Phyllis died two months later and David said he believed sharing that memory was immensely important to her – “part of her life review, I suppose, and she’d waited a life time to tell it”.

David’s initial introduction to Age Exchange was arguably serendipity at its best.

Having trained as an actor in the mid-1980s he was writing and directing work, including projects with younger people with behavioural needs and disability in the mid-1990s.

While waiting for a bus, two older ladies began chatting to him, and he recounted the play he was directing which he and his wife Jenny had written about wartime evacuation for a nearby South London youth theatre.

“To my surprise they asked if they could come and watch it and maybe even speak to the cast afterwards (of their wartime experience),” David said.

They did so, sharing their reminiscences of, in Cathleen’s case, being a child evacuee, and in Eileen’s building the wings for Wellington bombers and caring for her badly wounded husband.

“That’s when I realised my play was poor compared to their real stories which were better than any theatre I’d been in or created,” David said.

It turned out that both ladies were volunteers at Age Exchange, introduced David to the founder and director Pam Schweitzer, who had introduced the concept of reminiscence theatre, and who immediately gave him a job. David said Eileen, now nearing 100, is still a volunteer with Age Exchange and was this year recognised with The British Empire Medal for her long life of work and volunteering.

It’s just one of any number of heart-warming stories David can recount of his work in reminiscence theatre, which has covered subjects including World War 1, the Holocaust, Dr Bernardo’s children’s homes, first loves and the peace movement.

In many cases, when the subject is directed by those reminiscing, as in Phyllis’s case, there is no script, an initiative of David’s, removing the pressure of remembering words for frail and older participants.

“This is a complex process which essentially involves working through sensory triggers as well as artefacts, archive material and photography with older people, to identify (their choice) the reminiscence they wish to share and to make performance from,” David said.

“In our role as actor/carers we work with our older performers to improvise reminiscence together and create a structure for that improvisation that can be shared. Our role is to ensure we know the story of the scene inside out and can guide the older participant where and if needed …” David said one of the beauties of this non-scripted, rehearsed improvisation was that as the weeks progressed and they honed the scenes, the older participants often remembered new things as they talked together and brought “more life, more humanity and more humour to their work”.

“In performance the older people often just fly, finding new wit, asides, engaging with the audience directly, and sharing their own life experience in an extremely free and immediate way,” he said.
However, despite all the research Age Exchange workers put into projects and the work they do, sometimes, David said, it does not lead to a production.

“So much of our work is just about the group being together and enriching the community they live in and share. It doesn’t all lead to theatre. This is a choice – their choice,” he said.

Often those that did perform were surprised to see that their memory was important to others – to an audience.

“This of course is a natural form of validation which is fantastic when it happens, and you can see the older performer glow when they see the audience enjoy and sometimes share in their performed memory,” David said.