Our mission is to promote and develop the application of creativity and the arts for health and quality of life outcomes for all people in Australia, regardless of age, race, gender or religious or political persuasion.

To foster co-operation, information and resource sharing between groups and individuals to ensure effective and efficient use of arts and creative services to meet the needs of people with disabilities and/or disadvantage.

To provide a direct link, through consultative processes, with government and non-government organisations involved in, or intending to be involved in, the field of the arts and creative expression.

In 2019, The Australian Centre for Arts and Health was evacuated from its premises due to the bushfires. COVID 19 followed soon after in 2020 and the mainstay of the organisation – arranging annual international arts and health conferences, established in 2009 – came to a close.  And then came the floods which again impacted the organisation.

The concert was supported by the NSW Ministerial Advisory Council on Ageing (MACA), the official advisory body to the NSW Government on matters of interest to older people.

Our aim was to open the doors again to high calibre live music performance and welcome people back to the theatre in our region.

We wanted to provide an opportunity for seniors, who might not usually attend such an event, experience the power of live music performances to uplift, inspire and connect people, particularly in challenging times such as COVID. And we wanted to support the NSW government’s objective of reducing isolation for seniors.

We were overwhelmed by the audience’s appreciation with resounding cheers for the performers who were also coming out of their two year hibernation from COVID19.

Now we are collating post event information to inform our evidence base about the impact of live music performance on health and wellbeing.

We are rebuilding for the future and continue to support the realm of arts, health and creative ageing, with a broader focus which encompasses creativity, wellbeing and the environment. More news about this to come.

We continue to be active on facebook – please follow the Australian Centre for Arts and Health and contribute your ideas and experiences on https://www.facebook.com/ausartsandhealth/

The 10th Annual International Arts and Health Conference The Art of Good Health and Wellbeing will be held from 12th November – 15th November 2018 in Port Macquarie-Hastings on the Mid North Coast of NSW.

The principal conference venue is Sails Hotel, with some conference events also at the Glasshouse Arts and Visitor Centre. 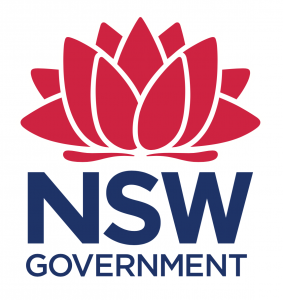 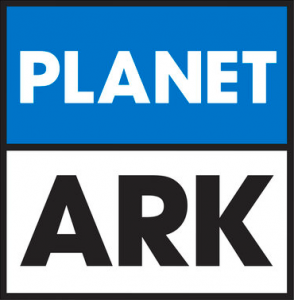 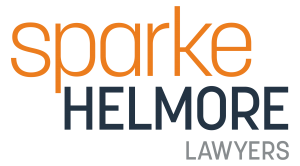 The Australian Centre for Arts and Health (ACAH) is a not-for-profit health promotion charity with DGR status, building on the achievements of national advocacy and networking organization Arts and Health Australia (AHA). 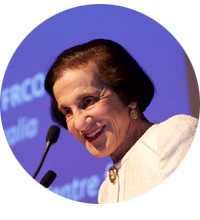 Dame Marie Roslyn Bashir AD, CVO is the former and second longest-serving Governor of New South Wales. Born in Narrandera, New South Wales, Professor Bashir graduated from the University of Sydney in 1956 and held various medical positions, with a particular emphasis in psychiatry. In 1993 Professor Bashir was appointed the Clinical Director of Mental Health Services for the Central Sydney Area Health Service, a position she held until appointed Governor on 1 March 2001. She has also served as the Chancellor of the University of Sydney (2007-2012). Professor Bashir retired on 1 October 2014, and was succeeded as Governor by General David Hurley. 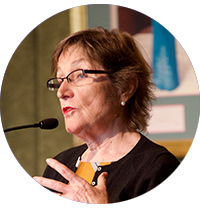 Margret Meagher is the founding executive director of Arts and Health Australia, the national networking and advocacy organization, dedicated to the promotion of best practice arts and health policy, programs, medical education and research. Margret is also a founding board member of The Australian Centre for Arts and Health Limited (ACAH) a not-for-profit organization, established as the peak body for the arts and health sector nationally and representing Australia within the international arts and health field. ACAH is the convenor of the annual "Art of Good Health and Wellbeing" international arts, health and creative ageing conference, now in its 10th year. Margret is a member of the NSW Ministerial Advisory Committee on Ageing (2011 to present) where she is leading the development of a creative ageing strategy for the NSW Government. Following her role in the development of the NSW Health and the Arts Framework (2015 - 2016), Margret has recently been appointed to NSW Health Infrastructure's Arts Advisory Panel which aims to bring to life NSW Health's Arts in Health commitment through the expanded use of various artforms in the design of public health facilities and in nurturing community and staff engagement. 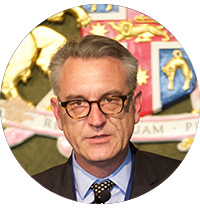 Malcolm has worked in the arts and events area since 1981 and held positions ranging from Box Office Co-ordinator to Sponsorship Manager to General Manager. He has worked for organisations including Opera Australia, the Sydney Opera House, Opera New Zealand, SOCOG, Powerhouse Museum, and Sydney Festival. He has freelanced on many other projects including The Phantom of the Opera and Sensation. While he has a wide range of experience through these organisations the Sydney Festival has been the most significant having worked on 16 of the 39 Festivals and attended many of the others as a member of the public. Sydney Festival raises $19 million annually, with 40% of this drawn from the corporate sector. 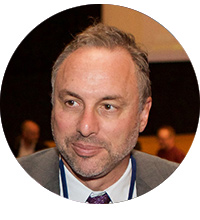 Denis Mamo brings 35 years experience in marketing and advertising with agencies such as Ogilvy, Mojo and Clemenger BBDO. As Group Creative Director of Ursa, a health and wellness advertising agency, Denis' campaigns helped thousands of people lose weight, give up smoking, break free from HEP C, manage their diabetes, avoid heart attacks, prevent allergies, treat coughs. Denis has two campaigns currently running for the Federal Department of Health. Breast Screening. It's an invitation that could save your life and A gift for living for bowel screening. His Listen out for Lung Cancer campaign for Cancer Institute NSW has been running for over two years with continued success.