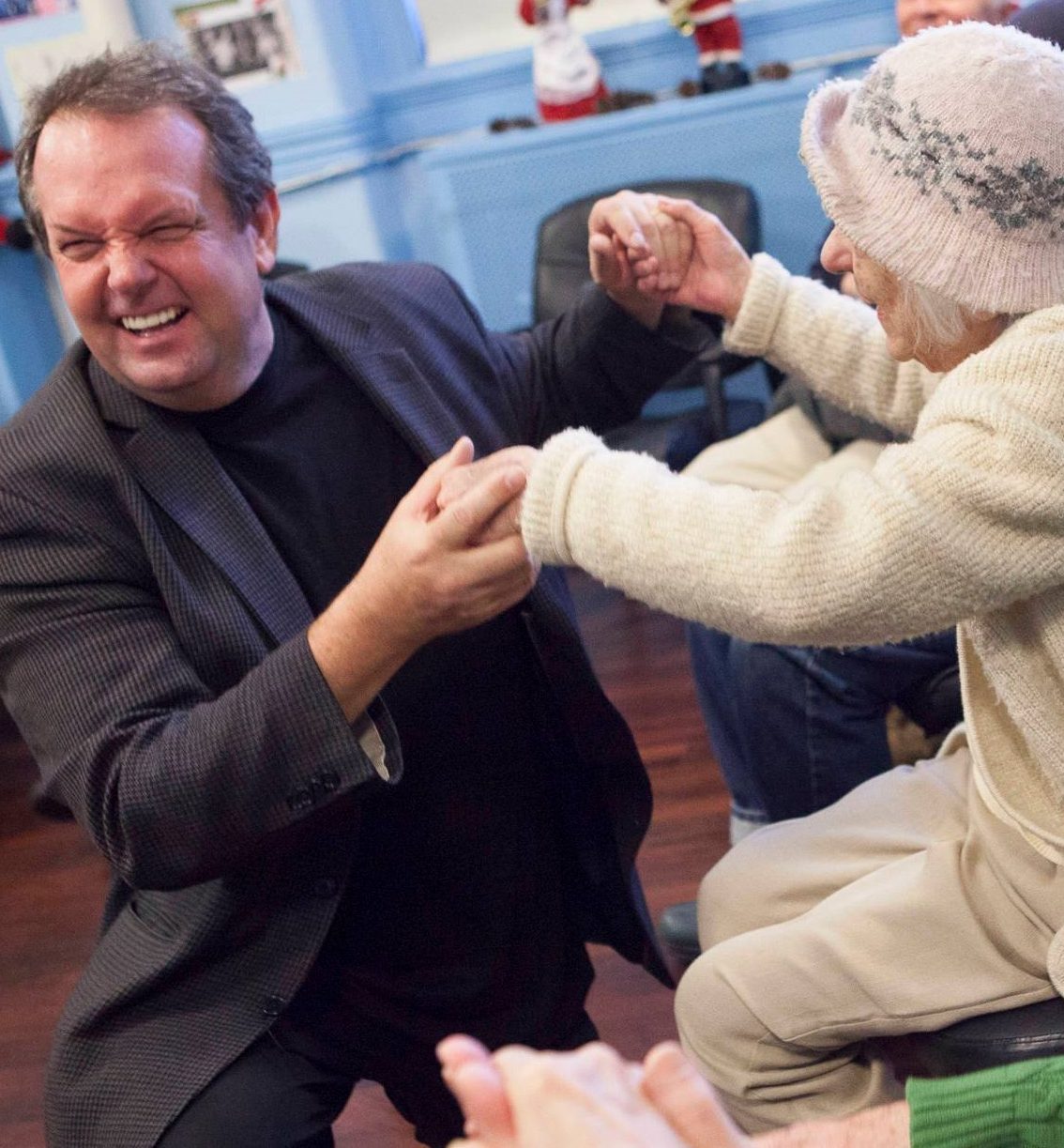 INTERVIEWING GARY GLAZNER, founder of the Alzheimer’s Poetry Project and one of a stellar line-up of international keynote speakers for this November’s 10thanniversary International Arts and Health Conference, is full of surprises.

You are never quite sure when he will burst into poetry, song, bring out his harmonica or require you to do a “call and response” with him.

But that is a large part of the success of his project – the element of surprise, catching participants up in something uniquely different from their everyday lives.

With Gary, poetry is not static, it’s a living, engaging creature, and in the call and response – repeating a line of poetry after him – you find yourself caught up in the images, laughing at the silliness of the words, or Gary’s emphasis, and lose your inhibitions.

It all began in 1997 when Gary received a grant for a poetry workshop at an adult day care centre, with the simple instruction “use poetry”.

Gary said that at that stage he knew little about Alzheimer’s and dementia but hit on the idea of using classic poetry that participants might have learned as kids.

What could have been a one-off turned into a lifelong mission when Gary started reciting the Longfellow poem “I shot an arrow in the air” and one of the attendees, who had been sitting, head down, not participating, suddenly raised his head, opened his eyes and responded, “It fell to earth, I know not where.”

Gary knew he had something in this impromptu call and response, something that made a connection with people with dementia, but it took another six years for him to convince anyone else sufficiently to gain further funding.

Within six months of getting that funding – just $300 “seed money” – word of what he was doing had spread and he had appeared on national media including TV’s Today Show and radio’s high-profile program All Things Considered.

You’ve given me back the person I used to know.

While he admits many people, including both those with Alzheimer’s and healthcare workers, groan at the idea of a poetry workshop, this is no stagnant recitation or poetry analysis.

It uses emotion, pacing, projection, movement, props – all the tools an actor would use in a play, and at the same time all tools which anyone trained can use at home, in an aged care setting or even in prison.

Using “echo memory”, an audio sense memory which lasts 4-8 seconds, Gary is able to engage people with even late stage dementia in call and response, an activity in which they can be successful.

Saying the words excites their language centres, firing the synapses and people’s affect brightens, there is laughter and more social connection.

“You would describe the sessions as joyful,” Gary said simply.

“There’s nothing wrong with going and sitting and watching a performance, a concert, but this is all about engagement, participation, being present with us and sharing the experience together.”

The unspoken message, he said, is “you’re not alone”.

And he said the atmosphere can “shift on a dime” from a silly poem like Banjo Patterson’s Frogs in Chorus – yes, this poet from Brooklyn, USA, knows more about our Aussie poets than most Aussies – to the emotive imagery of Judith Wright’s Winter Kestrel.

For participants with Alzheimer’s, Gary said the sessions were a release, with numerous family members saying “you’ve given me back the person I used to know” if only for a few moments.

And there is anecdotal evidence that the benefits can be long-term, potentially making new synaptic connections, with one group with whom Gary works regularly having learnt through repetition how to perform a particular poem, remembering the movements, little additions which members have improvised and, for one member, the point at which to sing. Alternatively, after spending an hour in a session which he has led, participants will sometimes ask as he is saying goodbye who he is.

But that, according to Gary, is precisely why poetry and the call and response is so powerful, in that it is able to make connections, recall moments which short-term memory cannot.

“We still don’t know the cause and there’s no cure.

“Any improvement by the use of drugs to slow the disease is so small as to not be relevant.

“In poetry we can see there’s joy and laughter, so it is working on some level – for that hour people are having quality of life.

“We are now seeing state health departments here in the USA fund these programs and other arts groups, including Music and Memory, TimeSlips, and Opening Minds through Art, to help more people and carry out more research.”